True Humility Defined – is it always Your Way or Yahweh? 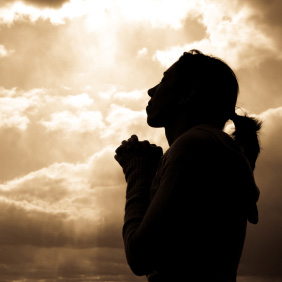 This morning, during my morning devotional time with the Lord, I began reading the book of Esther. While most remember Esther for her striking beauty and ultimate favor with the king in that she saved her people, the Jews, from genocide, I noticed how God ordered her steps and used her uncle, Mordecai, to lead, guide, coach and direct her as far as how she should act, dress, and behave and it was her obedience to him (a keeper of the palace gates for many years who knew all of the ins and outs) which brought her to a place where she could receive favor with the King Ahasuerus and save thousands of lives. Mordecai was esteemed as a hero and Esther a virtuous, courageous queen all because of her initial act of humility by obeying the commands of her uncle (Esther 2:20).

True Humility is simply walking in obedience to God.

It’s lifting up holy hands and saying “Yes, Lord” to a great God whom you trust with your life and all your decisions.

It’s going where He says go, and doing what He says do, without second guessing Him or questioning Him, but knowing that He loves you and only wants what’s best for you and believing that He holds your future and is the one who gives you peace and an expected end (Jeremiah 29:11).

Esther had to believe this to be true of Mordecai, the authoritave figure in her life who raised her since birth – she had to believe that Mordecai held her best interest at heart and that he truly loved her, so she obeyed his every command as to how to prepare to be presented to and ultimately chosen by the king with the ultimate goal of delivering the jews.

In a similar sense, you want to walk in humility towards God and in relationships.

Not saying one must exude force over another, for the Word says you are to submit yourselves one to another in the fear of God (Ephesians 5:21). What I’m speaking of is not always having to have the last say in an argument in order to “win.” Sure you may have gotten the last word in, but what kind of strain have your hurtful words now caused your relationship? The Word admonishes us that whenever possible, we are to follow peace with all men (Hebrews 4:12). Instead of getting up in some man’s face in order to prove a point, you want to follow peace, and take it to God first, and allow God to tell you how you should handle the situation.

Obeying God and seeking Him first is true humility.

As singles, the way we obey God and humble ourselves before Him may be an indicator of how we will behave in future relationships.

In other words, right now as a single, is it always Your Way or Yahweh?

Do you have to have your way all the time?

Can God trust you with seeking His face, reading His Word consistently and doing His will instead of your will? The more you spend time with the Lord in prayer, the more He may instruct you of certain things to do with your life, whether it’s cutting off certain relationships that you know aren’t from God, changing the words that come out of your mouth, or challenging not necessarily what you say but how you say it.

In prayer, remain open to the Spirit’s leading and ask God to search your heart and fix and cleanse you in any area. The Word remains us to examine ourselves in 2 Corinthians 13:5 (i.e. it’s not always someone else’s fault) and it is in that place of constant self examination and consistent obedience to God – which is true humility- that we will continue to have favor with God and man.