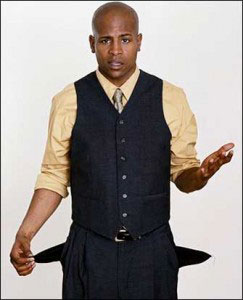 In my latest book, How To Date and Stay Saved, I mention how
the 2 things you need to do at all times while dating is to watch
and pray (Matthew 26:41)
The word, watch, in the Greek means ‘to observe’ so if you’re
someone who is believing God for a mate who is responsible with
his finances then you want to observe his spending habits.
Does he make frequent trips to the mall to buy the latest
alligator shoes and take you out to five star restaurants every
week which get interrupted by mystery calls from 800 numbers
which more than likely are bill collectors?Does he save his money?Though many agree the money subject in regards
to your own personal finances shouldn’t come up in the
relationship until it has been established that you’re
seriously dating for the purpose of marriage, it’s
okay to have casual conversations about money
along the way and observe how it’s spent.For instance, observing that your date doesn’t tip the
waitress or if he says something like, “I didn’t appreciate
her attitude so I’m not tipping her,” may indicate
that he’s a cheapskate.

Or, if you mention an expensive restaurant to dine and he
says something like, “Let’s try this other restaurant
instead, I’m currently saving for a house” may indicate
that he thinks long term, is goal oriented and a saver.

So observe his spending habits while getting your own
financial house in order so that you two can be a blessing
and major asset to one another.